A Commemorative Exhibition celebrating the 1912 Budapest-Constantinople Touring Race, which was originally shown in Istanbul, before moving to Bucharest is now available for viewing at the Hungarian Institute in Sofia!

Under the patronage of the Ministry of Transport, Information Technology and Communications the Hungarian Institute in Sofia opened its commemorative exhibition on the 1912 Budapest-Constantinapole automobile touring race.

As a nice touch, contemporary reports from the Bulgarian press were collected and put on the wall. The Hungarian Institute plans to bring the exhibition to all the cities in Bulgarian where the tour stopped in 1912! 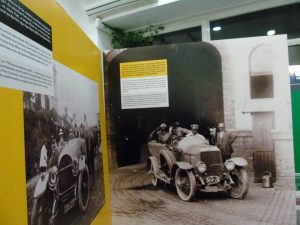 Photos: Europe and the World