A couple of Bugatti cars from the Czech Republic, Germany and Austria descend upon the Sychrov castle, near Liberec in the Czech Republic today. The meeting honours the memory of Jiří Kristián Lobkowicz, a private driver who was killed in a racing accident in 1932.

Jiří Kristián Lobkowicz or as he was known abroad, Prince Georg Christian Lobkowicz was a nobleman and like many of his peers all over the world in the 1920s he went into car racing as a hobby. He was born in 1907 and ordered his first Bugatti when he was just 21. This was a four-cylinder engined T37A. 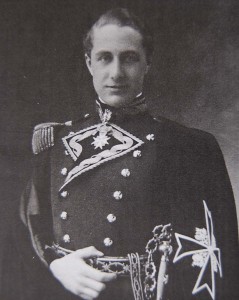 This was followed by an eight-cylinder T35A, one of the best racing cars of the era in 1929. In 1930 he competed at various European races, against the likes of Caracciola, Borzacchini, Nuvolari.

In 1931 he ordered a T51 which featured a 180-hp version of the 2.3-litre eight-cylinder engine. At the Brno Grand Prix he finished 4th behind Stuck, Chiron and von Morgan.

But he wanted to go even faster and ordered a T54. This proved to be too much of a beast and he lost control of it at the AVUS race and died on 22 May, 1932.