Pavel Mikšík wanted his own sport-car so he designed the “pike” in 1970 as he didn’t like the available vehicles at that time on Czechoslovakian market. Esox – a steel space frame construction, fiberglass body and chassis from Volkswagen Beetle.

When he was just 5-years old he made his first toy automobile from rough boards – it was in 1948 and no one doubted that one day he will drive a self-designed car.

In 1968 he graduated from the Academy of Fine Arts and Design in Bratislava. He learned utility art from lecturer Kautman, sculpting from professor Trizuljak, painting from professor Antal and architecture from professor Kuzma – so all the necessary tools to become an ideal designer were made available. He won the nationwide anonymous sculpture-architectural competition, held in memory of Dr. Vladimír Clementis. He was also successful in several other competitions, creating many exceptional fountains. The range of his work is extremely wide: small bronze sculptures, designs for ceramics, glass, art portis, graphics, functional sailboat and of course the body of the Esox sports car.

After 22 years he tried to design a car again at a scale of 1:1, but getting a suitable chassis on the laminate body  was the real problem. Therefore he decided not only to be a designer, but also a builder, in order to develop a sports car project from scratch.

At first a technical documentation and a 1:10 scale model was made, which he tested in the aerodynamic tunnel and he found the results to be great. His basic requirement was the lowest overall height of the sports car and the lowest point of gravity. That’s why he chose the rear-engined Volkswagen Beetle, which even enabled installing a Porsche engine. In Bratislava, rumours were out that a young architect is building a Slovak Porsche.

Building a car by yourself in 1972 wasn’t quite easy at all. Every detail represented incredible difficulties that arose from the lack of materials and technology. Mr. Mikšík, however, had the desire to fulfil his own dream of a great sports car. A desire that many designers and architects around the world luckily still have.

The fulfillments of the automobile dream, however, required enormous efforts in Czechoslovakia. Sports car from Mr. Mikšík had a steel space frame made of high quality construction tubes. The body itself was laminated from one piece of fiberglass and after surface treatment, the designer himself cut out windows, doors and bonnets to ensure the accuracy of the assembly.< 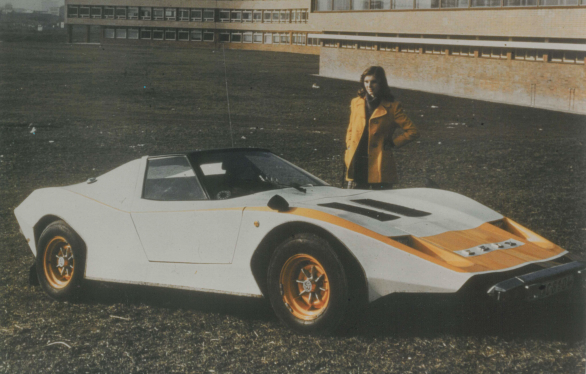 Comfortable access to an extremely low vehicle ensured the tilting of the doors along with the roof and the interior. Staying in the anatomically shaped seats of your own design was surprisingly comfortable. An unspoken sporting feeling was enhanced by the special safety belts previously used by the air force pilots. In addition to the body and its own interior Mr. Mikšík also created a set of wheels, again according to its own design.

When he was thinking about the final shape of the vehicle, he saw a picture of a pike in the magazine. He began to draw a strictly wedged, slim body, which was particularly original in detail and in its entirety. The name of the car was born. Esox means pike in Latin – and pike is a predator!

The design process of the vehicle has sometimes been guided by the rule of ‘trial-error’ or better said: as far as possible. The fitting of the headlamps also required homologation tests, and Mr. Mikšík mounted the low-profile front-viewing reflectors from a truck. Unfortunately this has turned the pike into a frog. He swiftly replaced them with the recessed front lights that supplied the car with the aggressive expression of the predator. 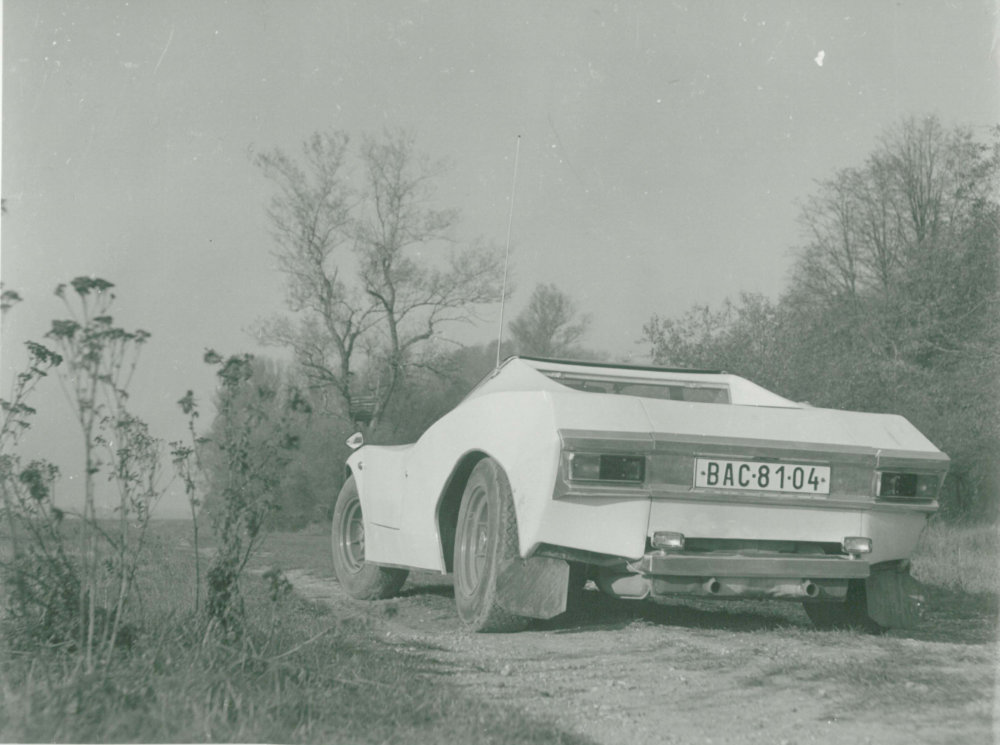 The possibilities and technologies that were available at the time for the designer of Esox, as well as the high demands of the public safety on body strength and for the approval of the vehicle, inappropriately increased the overall weight of the sports car – but even traffic cops praised the strength of the body: “We can walk on this with boots!”. Unfortunately, the 1.3-litre engine Volkswagen Beetle wasn’t sporty enough for the Esox. It could have been solved with a Porsche engine, but … because of financial problems and other works in progress the designer of the extraordinary body had to say goodbye to his Esox after a short time. That’s where the story of “pike” ends. The original sports car, which we would like to praise today at exhibitions at home and abroad, disappeared.

From the photos that remained, it is clear that the Esox was an extraordinary bodywork and deserves a proper attention from car enthusiasts. Now the Slovak Museum of Design is contemplating resurrecting the Esox, which would certainly duly complement the mosaic of a small but beautiful history of Slovak automobile design.

We would like to express our sincere thanks to Maroš Schmidt from Slovenské múzeum dizajnu and Denník N for assisting us with photos and data for this article.