Géza Nagy was the best publicised Hungarian coachbuilder of the 1920s and 1930s. Due to the 2nd World War and the political and economical changes after that, both his cars and his company archive have vanished. Here’s what we were able to gather.

While Czech coachbuilders, like Sodomka or Petera are fairly well-known, I’d dare to challenge our readers to name at least two coachbuilders from Poland, Romania or Hungary. Unfortunately there’s not a lot of materials available on these. Our sister site, magyarjarmu.hu put together a Hungarian-language encyclopedia on local pre-2nd World War coachbuilders.

As a demonstration, please find enclosed a short translation of the entry on Géza Nagy or “Nagy Géza” following the Hungarian naming structure.

Géza Nagy (1895-1959) was born in Kisvárda. He graduated as a road engineer. During the 1st World War he was wounded and spent a few months in hospital. In 1922 he started working for the Neuschloss-Lichtig company, a furniture company which ventured into aeroplanes in the 1st World War and coachbuilding after that. 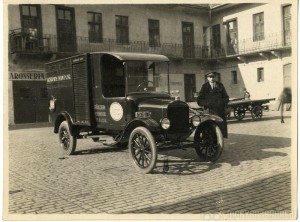 In 1925 Géza struck out on his own and opened his workshop in the Zugló part of Budapest. He took on repairwork and did some simple bodies on Ford Model T chassis and the like. Soon he was able to move into bigger premises at Erzsébet királyné str 50 in Budapest. He was able to employ up 16-18 people. 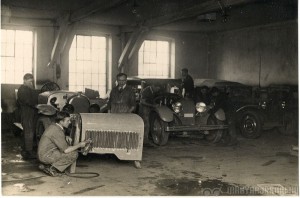 Through his old military buddies he got to know aristocrats, politicians etc. In 1928 the first Concours d’Elegance was held in Budapest. This became the ruling ground for him. In 1929 there were 9 cars bodied by him at the Concours. His clientele included governor Miklós Horthy, who ordered a body for a Minerva, prime minister István Bethlen, a duke for whom he bodied a Lancia Lambda and archduke Albrecht Habsburg. 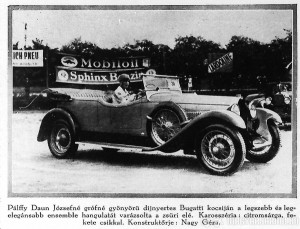 But the heydays of the Hungarian market were short-living. With the 1929 economic depression many companies had to close their doors. Géza Nagy switched back to repairwork and turned his attention to small trucks.

In 1934 when another Concours was held after a three year hiatus, a Delage and a Marmon appeared with Géza Nagy bodies. In the 2nd half of the 1930s Géza went into a totally new direction: together with his business partners he started manufacturing narrow-gauge railways. Bodies were naturally built in-house.

After the 2nd World War his railway business flourished, while the body building side repaired buses and created new bus seats.In 1948 the Géza Nagy coachbuilding company was nationalised. Its assets and the personnel were transferred to Vác where a state-owned company launched boat production. In 1956 it was at the Vác factory that the first Duna sidecars were built for Hungarian-made Csepel trucks. The first bodies were put together by talented craftsmen who were previously employed by Géza Nagy. He died in poverty in 1959.