“KD” – a Soviet self-built sports car conceived by a group of enthusiasts and artisans, which is sometimes labelled as the Soviet Porsche 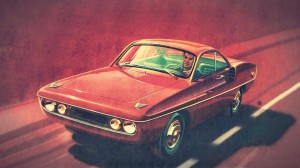 Officially, the car was named “Sport-900”, but it is better known as the “KD”, which is derived from the initials of Kuzma Durnov, who back then was the director of the MZAK components factory. He strongly supported the construction of the car. The car was highly original, featuring a nice design. Cointemporary newspapers and magazines dubbed the “KD” a fantasy and dream car, and the demand for it among the people was considerable.

“KD” was a two-seater with a fiberglass body, which was molded at a Moscow company. Mechanicals were taken from a humble ZAZ-965, including its four-cylinder engine, which was placed at the rear. 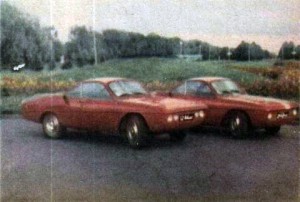 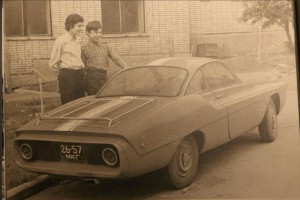 Here’s how the car was described by a Russian site (partly machine-translated):
“The original body of “KD” vehicle – is the result of many years of fruitful work of designers and engineers involved in building cars. Through many trials and calculations of optimal design has been developed with the requirements were very strict – and to the security and aesthetics. Appearance and design thought through so that the most efficient use of all the car’s features, make the operation more efficient. The original form with a low bow part was selected for improved aerodynamics and compensate high engine height, which adds stability in crosswinds, but the dynamic has decreased, and the design has become less attractive. Therefore, from the nose to the motor car was launched like a drop threshold surface that changed the visual axis, and made a silhouette of the car easier and more rapid. In the beginning of the sidewall designed special wells, which are hidden inlets, and in addition, these wells increased body rigidity. It is this transition well in the air intake and air intake on the elegant rear wing at high line was one of the distinguishing features of the car, and immediately attracted the attention. On the roof of the cars were pulled out of the pipe, which served as the safety arcs, and at the same time serve as a weir. ” 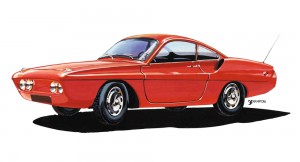 Though a small-scale production was envisioned only 6 cars were built by 1969 when the project was shelved. One or two still survive. 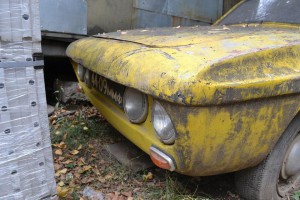 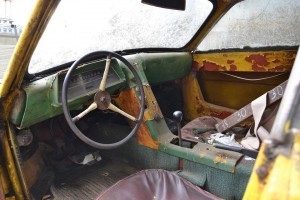 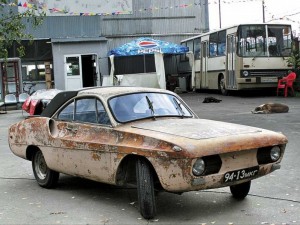 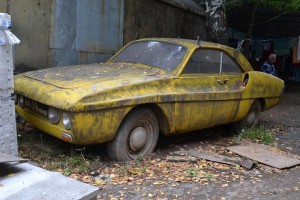 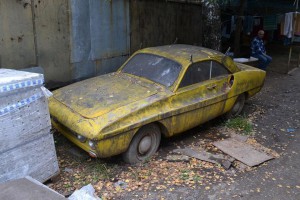 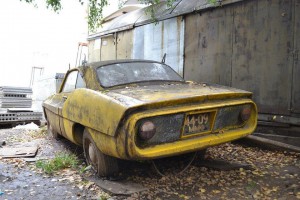 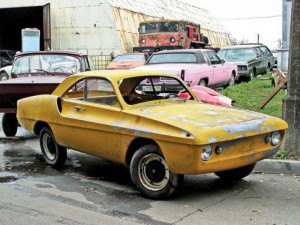