The bloodhound of archival research

I believe motoring history is fascinating. I have been researching the history of Hungarian motoring for over a quarter of a century. I have written numerous books, magazine articles in Hungarian, English and German. I have been to archives in Europe, North America and Asia. Dr Gundula Tutt called me “the bloodhound of archival research” because I am very stubborn and I never give up.

In 2018 I have completed my doctoral thesis at the University of Leicester, School of Museum Studies. Titled “How the motor museum saw the automobile?”, it charts the change in curatorial practices regarding the display of automobile in German and Austrian museums in the 20th century. You can read it here.

I have participated in international research projects. In 2000 I was a co-author of the award winning Beaulieu Encyclopedia of Automobiles. Recently I have taken part in an international book project, which deals with motoring heritage and preservation. It will be published by Routledge in 2019.

Some of my other projects:
– Between 1992-1998 I have researched the history of Meray, the first Hungarian motorcycle factory. A book was published, which resulted in the immediate reevaluation of Meray motorcycle prices.

– In 2011 I became editor of Magyarjarmu (Hungarian Vehicle), a website dealing with the history of Hungarian motoring. We try to set the record straight and dispel myths and false information by featuring photos, stories etc. backed up by archival research.

– Also in 2011 I was at the National Archives in College Park, Maryland and from the publications of the Department of Commerce I have unearthed a treasure trove of photos and documents, statistics related to worldwide motoring between the two World Wars. 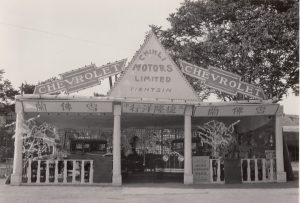 “Thanks for directing me to this resource, it was very useful for my research” said William Kreiner. Magazines and books have also used illustrations, which I found in the archives. 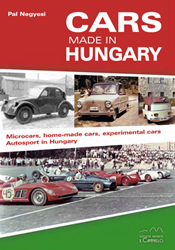 – In 2015 I have put together a well-received exhibition on the history of Hungarian motor car trade.

– Following that exhibition, Autós Nagykoalíció (Motorist Great Coalition) ordered a series of articles on the history of motor car trade in Hungary. From Opel to Skoda, from Ford to Steyr-Puch you can read all the published articles on autoszektor.hu

– In 2016 together with János Hídvégi, a researcher at the Hungarian Museum of Transport we co-wrote a book on the history of motorized Hungarian postal vehicles, titled “A triciklivel kezdődött” (It began with the tricycle).

– In 2018 I have curated an exhibition on the 1912 Budapest-Constantinapole Automobile Touring Race. It was shown i Istanbul, then in Bucharest and Sofia.

I am available to do research on your behalf. I know a lot of archives. As a member of the Society of Automotive Historians I can get in touch with fellow historians. And I am excited to do research – it is my passion and now it is my side-job!