Skip to content
When one thinks of Socialist cars, functional design is not the first thing which comes to mind. But there were great minds behind the Iron Curtain. A case in the point is Karl Clauss Dietel, a talented East German industrial designer. “[In East Germany] at the beginning of the 1950s functional design was more or less banned; designers were to follow the traditional petty-bourgeois values of the years preceding World War II. For a long time the traditions of the Bauhaus – geographically within East Germany – were almost taboo. Not until the end of the 1960s did East Germany declare itself the only legitimate heir to the Bauhaus tradition and seize on the principles of functionalist design as a national resource for its manufacturing sector… Clauss Dietel and Lutz Rudolph were two of the best-known East German designers; their work often swam counter to the currents of the ruling ideology and aimed to put people at the center of design.” 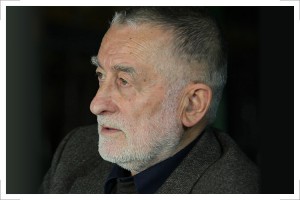 Karl Clauss Dietel (1934-) was born in Reinholdshain at Glauchau. He graduated from the Ingenieurschule für Kraftfahrzeugbau (Engineering School for Vehicle Manufacturing) in Zwickau in 1956. This was followed by a stint at the High School of Fine and Applied Artis in Berlin-Weissensee. In 1960 he met with Rudolph Lutz and the two worked on many projects together. Between 1960-1963 Dietel worked at the Karl-Marx-Stadt (today Chemnitz)-based Vehicle Research Center and then became a freelancer. In a career spawning over five decades Dietel designed cars, trucks, buildings, interiors etc. – in a lot of cases together with Lutz. Unfortunately the political climate and economic conditions prevented any of his automotive design to reach serial production, though he laid the design groundwork for one of the iconic Socialist cars, the Wartburg 353W. Here are some of his automotive works