Wikow was a relatively less-known Czechoslovakian automobile manufacturer, which produced just a few hundred cars between 1924-1936. We had the pleasure of seeing one recently and we received a copy of the Wikov “bible”.

The 3rd Balatonfüred Concours d’Elegance was attended by Ing. Lubomir Pesak, owner of the Czech Veteran Arena museum together with Jiří Kohlíček. They drove a Tatra 75 Bohemia Roadster and a 1935 Wikov cabriolet respectively.

After the 1st World War Wichterle & Kovárik was the biggest agricultural machine company in Czechoslovakia. They launched assembly of the Italian Ansaldo car in 1924. It was followed by several self-developed models, with the engines still based on the Ansaldo powertrain. Passenger car production lasted until 1935-1936.
The car on the picture is a 1935 Wikov 40, with unique 6-seater cabriolet bodywork.

Mr Kohlíček also showed his book: Wikov – továrna automobilů. It was published in 2014 in three big volumes, all hard-covered. Combined, there are over 800 pages and more than 2000 illustrations! You can see more details on the book here. Price is EUR 90 plus p&p – the latter can be quite expensive! 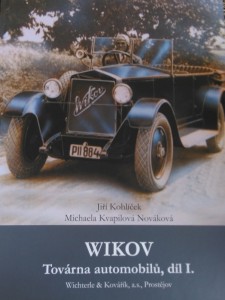 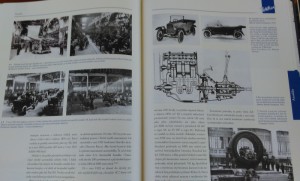 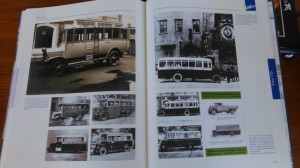 If you are interested in a copy, please let us know!

One Reply to “Wikow – a Czechoslovak classic”