The Hungarian Museum of Science, Technology and Transport in cooperation with the Hungarian Institute in Istanbul has put together an exhibition on the 1912 Budapest-Constantinople Touring Race. The exhibition has now moved to Bucharest

On 20 October at the Ion Tiriac Collection, right next to the Bucharest Airport a new temporary exhibition will officially be opened. Realised with assistance from the Retromobil Club Romania the exhibition will look back at the 1912 Budapest-Constantinople Touring Race. Curated by dr Pal Negyesi, editor of CEAutoClassic for the Hungarian Museum of Science, Technology and Transport, it was enthusiastically encouraged by Gabor Fodor, director of the Hungarian Institute in Istanbul and was originally shown there earlier this year. 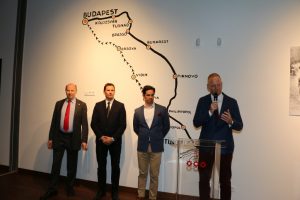 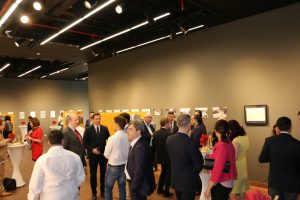 At the dawn of the 20th century it was thought that the best way to prove the reliability of this new personal mobility device, called the automobile was to participate in long-distance tours. One of the best known events of this genre is the 1907 Beijing-Paris Tour. In Central Europe it was Prince Henry of Prussia who set up similar events which were named after him. Going through a lot of countries it became the spark for local motorsport. In 1909 participants went through Hungary, which prompted the Hungarian Automobile Club to organise similar races. Between 1912-1914, the club which in the meantime has been allowed to add Royal to its title set up the Tatra-Adria race, a Touring Race to the Carpathians etc.

The Budapest-Constantinpole Touring Race was held between 29 June and 6 July, 1912. Starting in Budapest and crossing the Balkan region contestants arrived to Constantinople (Istanbul). The exhibition talks about the route, the cars, the participants. There is an invitiation to a contemporary press conference, then called 5 o clock tea, the menu for the gala dinner, quotes from those who were there, photos and more. 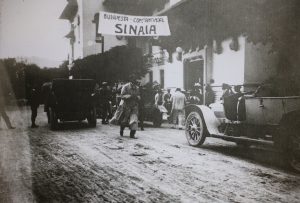 The exhibition runs until December.