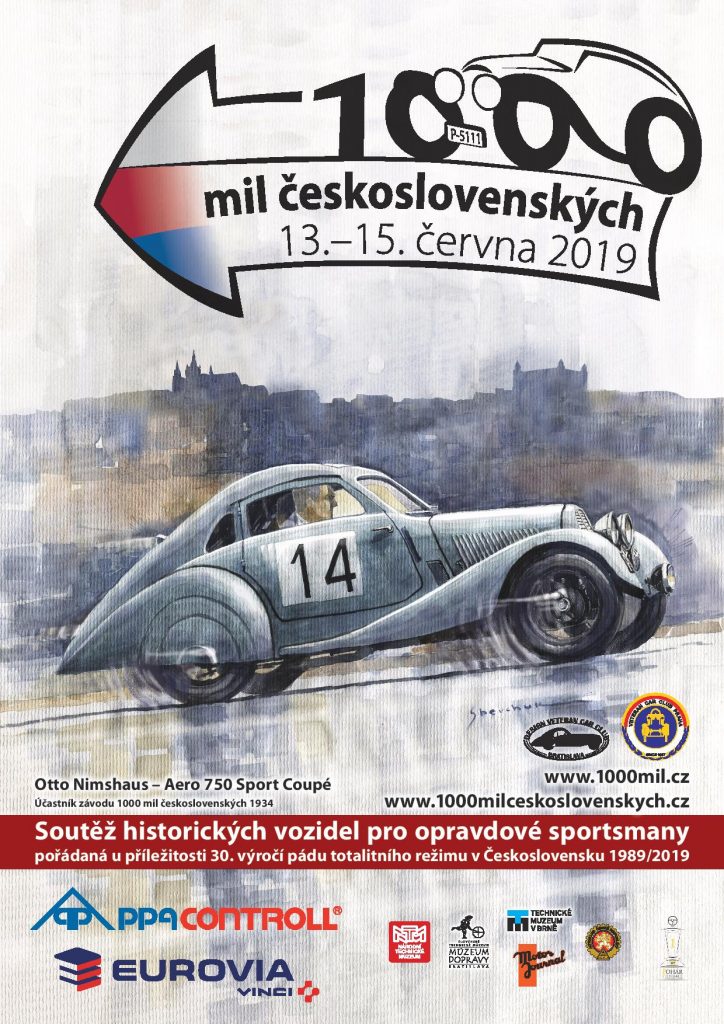 Veteran Car Club Praha was established 1967 with goal to preserve a tradition of race 1000 mil československých. It was inspired by italian Mille Miglia and was held in years 1933, 1934 and 1935, organized by Autoklub Republiky Československé. The track 2x Praha – Bratislava and back was 1000 miles long and normal road traffic. It was speed race on the most important inland trace Praha – Kolín – Německý (nowdays Havlíčkův) Brod and back. Racers drove two times back and forth without break

At all it was almost 1600 km without rest. Celkem téměř 1600 kilometrů ostré jízdy bez odpočinku. The high sporting level is still witnessed by the respectable victories. Absolutely the fastest on this track was winner of the second race Jindřich Knapp, with the Walter Standard S three-liter six-cylinder, which traveled at an average speed of 104 kilometers per hour. In the last quarter of the race from Bratislava to Prague, reached an average of 111.5 kilometers per hour. The first year of the renewed race was in 1970, where historical vehicles usable for normal traffic took part. The track was shortened by half, however, it was nonstop in traffic, which was still in 1970, 1971 and 1972, later was race for its popularity banned. In the following years the race was reduced to 100 to 200 km. The race was then transformed to the Prague – Bratislava – Prague route as a shortened rally. Since the 80th anniversary of the first race 2013, the race is hold still on the Czechoslovak route Prague – Bratislava – Prague and is divided into 3 days. On the second day of the race, the competitors starts in Bratislava the Slovak stage, which partially copies the route of known race of 500 km Slovenských, including the measured section at Pezinská Baba. On the third day, the competitors head again from Bratislava to Prague.