In 1973 Boris Karavkin built his own dream car. Called the Fantasy, it originally used a Zaporosethz engine, had sliding doors, a swivel chair for the driver’s seat and anti-theft nuts for hubcaps.

In over 40 years, parts of the car have been replaced several times: the engine has been changed three times, the suspension and the air intake system were improved. But the ‘Fantasy’ has now travelled 300,000 km, and Karakvin says it has a maximum speed of 140 km/h.

Originally, the car had front suspension from a Zaporozets, but it was “terrible.” Karavkin had seen McPhearson struts in Western car magazines, and somehow managed to use that setup up front. The Fantasy uses parts from all sorts of cars, like rear shocks from a Volga, but the overall design is extremely original. I especially like the front-end treatment, with the trapezoidal glassed headlight enclosures and the spread-wing-looking grille. 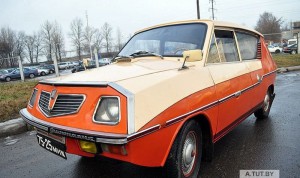 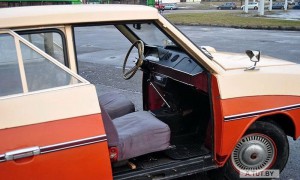 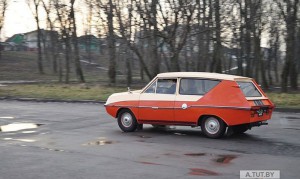 Karavkin died recently and the car has been offered for sale for USD 5000. The artist’s granddaughter Ekaterina said that the ‘Fantasy’ needs someone as passionate about cars as Boris Karavkin was because it requires a lot of time and maintenance.